Time to give back

At a time when Africa, like the rest of the world, is grappling with what often seems insurmountable problems, Mark Bristow, president and CEO of Barrick Gold, hit the nail on the head when he said that all problems are inter-linked, and that the common denominator is abject poverty, writes Leon Louw 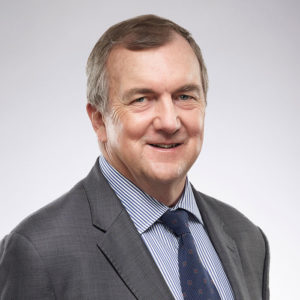 According to De Montessus, infrastructure in West Africa remains a problem. Notwithstanding, the majority of mines in West Africa have been successful. This, said Quartermaine, is not only the result of relative stability in the area, but also the fact that most of these operations are gold mines, and therefore does not require mega infrastructure to get the ore from pit to port.

But even though several mines are operating successfully in several West African states, recent violent attacks, especially in Burkina Faso, have raised security concerns. According to Bristow, the origin of the animosity and violence are social issues caused by poverty, and the only way to address these issues, he said, is by forming meaningful partnerships between capital, government and labour.

“Desperate and hungry young people join militias because there is nothing else to do,” says Bristow. The same can be said for crime and violent protests in South Africa, or in the DRC. Poverty and social instability might also indirectly cause governments to suddenly change the rules, or become populist, or even fascist, which, in turn, has an adverse impact on foreign investment. Whether the mining industry should take any blame, is a debate for another day.

However, what is clear after listening and speaking to several CEOs and thought leaders involved the mining industry in Africa on the first day of Indaba, is that mindsets have changed considerably. The captains of industry are serious about mining for the benefit of all stakeholders, including government, communities and workers. No longer is mining only about the bottom line and reporting massive profits to a few ultra-rich shareholders at the expense of workers, communities and the countries in which mines operate. To benefit the next generation, social and environmental issues have to be addressed, and to ensure stability, and reduce poverty, the concerns of all stakeholders, including governments, have to be considered.

Not much changes at Indaba from year to year – the talk has always been about new opportunities, automation, big deals, poor governance, bad policies and blaming governments (in the case of corporates) or blaming capital (in the case of government) for the sorry state of affairs. This year, ministers are flirting with foreign investors and talking genuine collaboration, and corporates are offering assistance for communities and governments in need. At face value, it seems like more of the same, but this year it is different. There is a determination to make things happen and to implement the necessary measures to attain these goals sooner rather than later. Mining has a responsibility to make the world a better place, and as Bristow says, investors have a responsibility towards growing developing economies through investing, no matter how risky. Bristow is right, they owe it to the poor communities of Africa.