Where are the SA juniors? A junior miner in Mpumalanga. Covid-19, regulatory constraints and a lack of funding has resulted in several mining operations being mothballed in South Africa. Photo by ©Leon Louw

Unlike America, Australia and Canada, South Africa has never developed and grown a thriving junior mining sector. In a country where a handful of large multinational companies dominated the mining space for such a long time, it is natural that entrepreneurs were never really given enough room to establish themselves in the mining industry.

In the heyday of the big five in South Africa, it was neither possible, nor necessary, for geologists or mining engineers, or budding entrepreneurs, to go knocking on other doors, other than, for example, Anglo American’s. In the 1960s to 1990s, most of the land where the great deposits occurred, belonged to the multinationals. However, in the early 2000s, these companies were forced by government to develop the deposits they were sitting on, or lose their mining license.

A new era for mining

This, of course, opened the door for a flood of potential junior mining companies to enter the fray. However, apart from the diamond sector (which has always supported a thriving junior sector) and the coal mining space, which at first glance seem to have the lowest barriers of entry, South Africans never seemed keen to develop their own mines from scratch. It’s strange that wherever one travels in the world, South African geologists, mining engineers or entrepreneurs welcome you on site, all employed by Canadian, American, or Australian companies.

In stark contrast to their South African counterparts, Australian and Canadian mining entrepreneurs are right on the money, and that might be the result of a much younger mining industry, where entrants to the sector were encouraged from the outset to start their own ventures. On the other hand, it might also indicate that starting an early-stage mining venture in South Africa might be a bridge too far. It is a well-known fact that South Africa is not the easiest country in the world to do business in, least so trying one’s luck in what some view as a sunset mining industry. But explorers, geologist and mining companies are known for their resilience and their ability to operate in challenging business environments. So why has South Africa not nurtured and developed its exploration and junior mining sector? 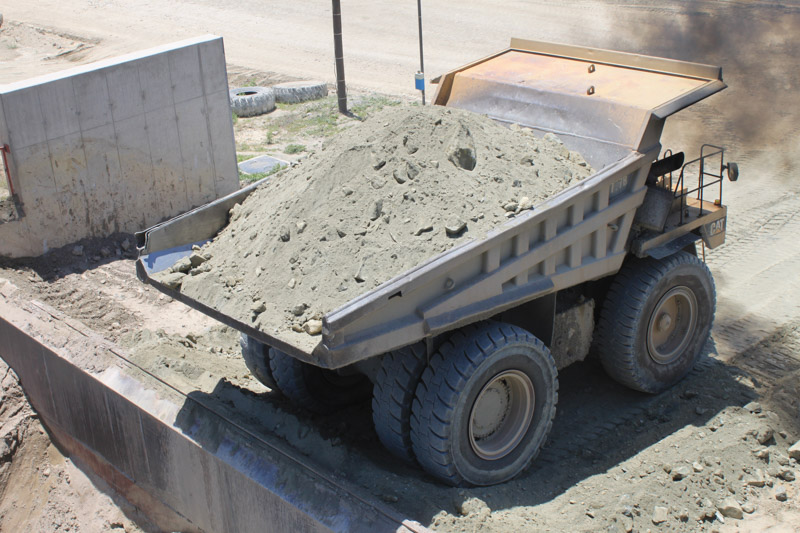 Despite high commodity prices, new mining projects in South Africa have been slow to gain momentum. Photo by ©Leon Louw 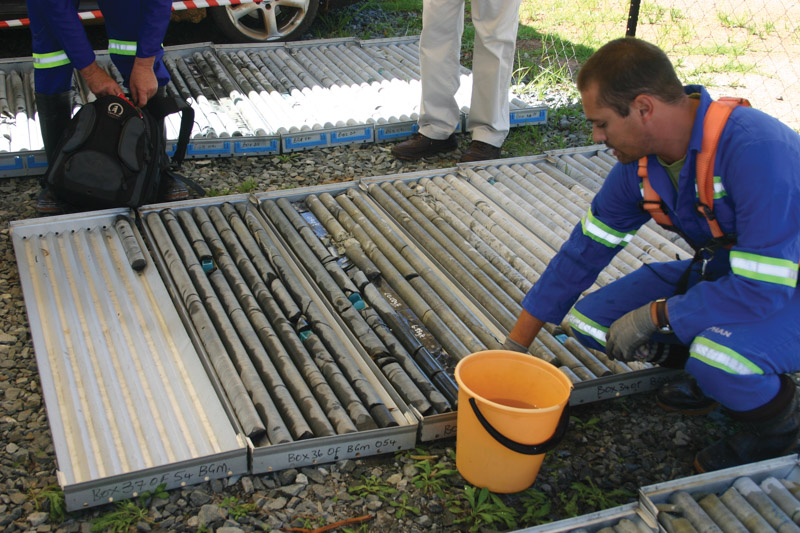 New exploration projects in South Africa have been few and far between. In picture are core samples taken at Burnstone gold mine in 2012. Photo by ©Leon Louw

There is a strong lobby from various groups in the mining fraternity to improve the way the Department of Mineral Resources and Energy (DMRE) awards mining and exploration licenses. Moreover, they say, South Africa has never had a proper cadastre system, which many feel is the major constraint, especially when it comes to awarding exploration licenses. A cadastre is a log of properties in a country, specifying who is permitted where, for which commodity, where a right’s borders are and the expiry date of those rights. Good cadastre systems can be accessed online, and African countries like Zambia, Namibia and Botswana, have all employed it with exceptional success recently.

Voices like that of Paul Miller, director at consultancy firm AmaranthCX, have for a long time warned that the South African junior mining, and particularly prospecting, sector will continue its rapid degradation if the DMRE continues to refuse to publicly release information pertaining to national mining and prospecting rights. “The current opaque database of mining and prospecting rights is severely undermining exploration interest in the country and failing to attract local and foreign investors,” says Miller. After the ‘use it or lose it’ rule, a flurry of junior miners entered the South African mining industry, but since then, enthusiasm has started to wane. Photo by ©Leon Louw

The DMRE has for many years been tainted by allegations of corruption, nepotism and of dragging their feet. However, it was expected that Minister Gwede Mantashe would implement significant change when he took over a few years ago. Sadly, that has not happened. A few weeks ago, Mantashe admitted that 235 mining rights, 2 485 prospecting rights, 1 644 mining permits, 238 section 11 change of ownership transfers, and 724 licence renewals are currently backlogged. In response, the Minerals Council of South Africa expressed their deep concern. The situation is obviously hampering the development of a vibrant exploration and junior mining sector.

According to a survey done by the Minerals Council in December 2020, mining companies that are members of the Minerals Council have projects worth about R20-billion that are not being developed due to slow government processes including delays in the approval of permits and mining right transfers, and the issuing of water-use licences and environmental permits.

The projects identified include exploration and mining operations, some of which have been delayed for two to three years, and some for even longer. The survey excluded potential projects companies have not progressed yet through their investment committees, and expenditure on self-generation power projects to supplement electricity supply from Eskom, which is the subject of a separate process between the DMRE and Minerals Council.

According to Minerals Council CEO Roger Baxter, Minister Mantashe and the Minerals Council office bearers agreed on a crucial process to revive mining in the ‘new normal’ during the Covid-19 crisis in 2020. “A series of task-teams was established to resolve various issues including regulatory constraints and backlogs, policy challenges and infrastructure constraints. The Minerals Council has taken a very practical constructive, problem-solving approach to addressing the issue of licence delays and in the one-stop-shop task team has submitted all the relevant details of about 170 right applications, with a practical focus on how to get these blockages resolved as expeditiously as possible. We continue to engage with DMRE Director-General, Thabo Mokoena on ways to prioritise the issuing of outstanding licences,” says Baxter.

The Minerals Council has made the following suggestions on critical reforms required to encourage greater investment in exploration and mining to the DMRE:

“An open and transparent cadastre system is an essential component of a modern mining economy. Many of the mining jurisdictions in sub-Saharan Africa have them – Botswana and Zambia are examples. It certainly would assist in attracting investment, along with tax incentives for exploration. It is crucial to manage and grow exploration as well as to reduce red tape when issuing licences and permits.

“Some of the ideas contained in the task team discussions with the DMRE have found expression in the Economic Reconstruction and Recovery Plan announced by President Ramaphosa on 15 October 2020. These include the critical need to halve licensing times and the development of a new exploration plan.
“A lot of work has been done by stakeholders, including the DMRE, the Council for Geosciences, the Minerals Council and other partners to develop an exploration plan. Once finalised in the not-too-distant future, we believe this will be a game-changing plan. We await guidance from Minister Mantashe and Director-General Mokoena,” says Baxter. 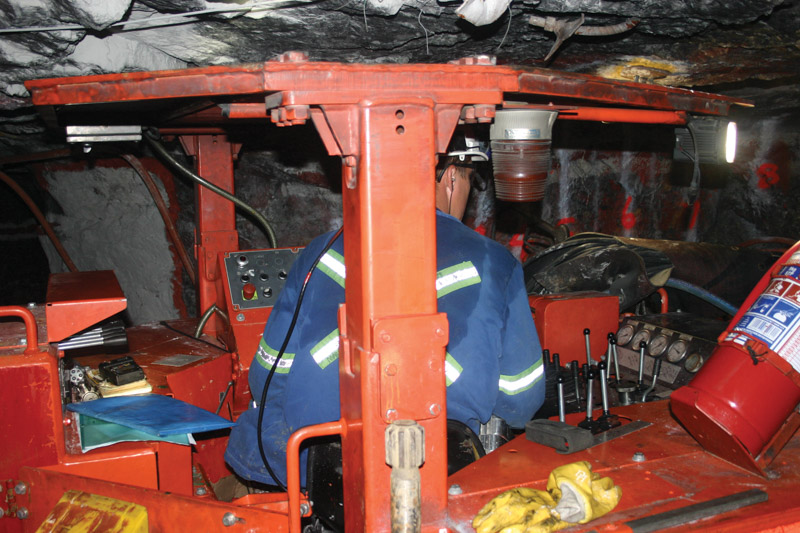 Underground, South African gold mines are getting deeper and more difficult to mine. Photo by ©Leon Louw 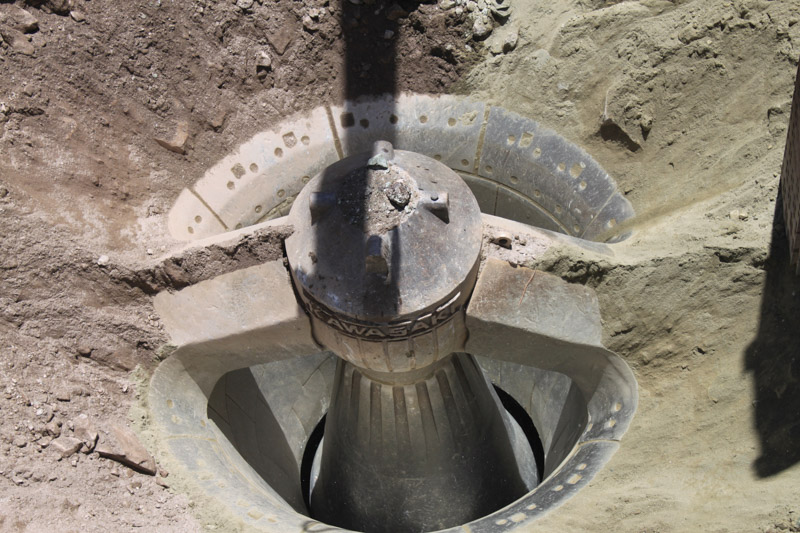 South Africa is a treasure trove of mineral potential, but new entrants have failed to fill the crushers. Photo by ©Leon Louw 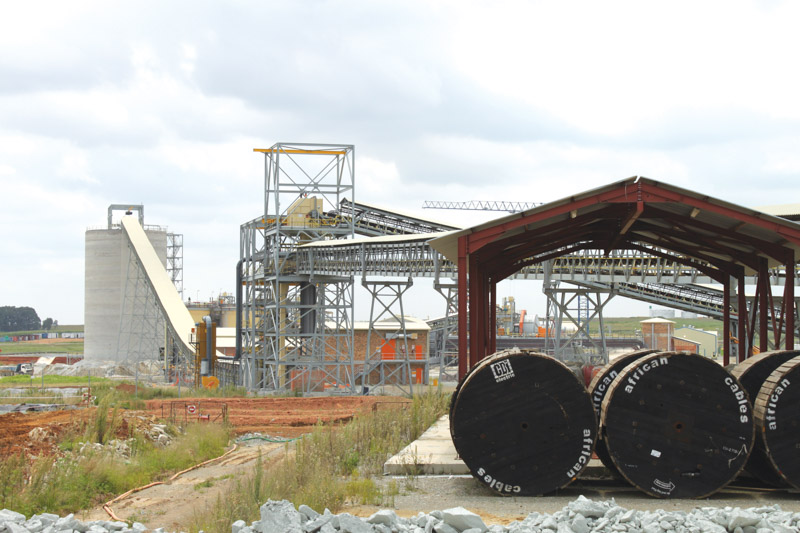 A brand new processing plant set up in 2011. Since then, only a few new mining operations have been established in South Africa. Photo by ©Leon Louw

Junior mining is normally regarded by the rest of the world as a high-risk undertaking focused on early-stage exploration drilling. The initial owners hardly ever develop these projects any further. A lot of initial venture capital is spent on proving up resources and reserves and ultimately selling the project to one or two larger players. In contrast, South African junior miners aspire to become larger mining companies. In the words of Minister Mantashe: “Junior mining is not a destination it is part of a journey to become a blue-chip company in South Africa.”

Only a few companies in South Africa, especially in the coal and manganese space, have realised that objective. The first one that comes to mind is black-owned Tshipi é Ntle’s manganese mine in the Northern Cape, which recently listed on the Australian Stock Exchange, and has become a significant global producer of manganese. Tsipi started from scratch and took the mine all the way through to production. Orion Minerals’s Prieska project in the Northern Cape is another good example. Although regarded as a junior mining company, Orion intends taking Prieska right up to production. Orion has also listed on the Australian Stock Exchange.

Kriel says that the difficult regulatory environment in South Africa, hampers the development of a vibrant junior mining sector. “The same rules apply for a junior as for a major like Anglo American, for example, although junior mining companies do not have the capacity to attend to all these requirements,” says Kriel. The other big constraint, he adds, is funding. “It’s extremely capital intensive for juniors just to get to the bankable feasibility stage of a project. Access to capital remains a huge barrier, and only a very small percentage of junior mining companies manage to reach this stage of an exploration project,” he says.

Thus, even though South Africa is a treasure trove in terms of mining potential, great projects never get going, mostly because of three factors: a constrained regulatory environment, a lack of transparency and cadastre system, and most of all, a lack of funding. “We have to assist junior mining companies in negotiating the difficult regulatory environment and getting funded. Mining, in any form, creates jobs. Unlocking South Africa’s great mineral wealth will go a long way in solving the country’s current economic crisis,” says Kriel.

According to Errol Smart, CEO of Orion Minerals, and head of the junior desk at the Minerals Council of South Africa, the mining industry has been advocating incentives for a long time. “Government has, in the past, tried to beat the industry into a direction that fits their policy guideline. For the first time now, though, they are using language that could attract investment into exploration. That is encouraging,” says Smart.

What South Africa needs to mobilise investment funds is a tax incentive like the Canadian flow-through share scheme which has been incredibly successful and a well-proven methodology that has worked for years and has built one of the most successful mining industries in the world. According to Smart, there has been hardly any exploration in South Africa over the past 30 years. “South Africa has the most prospective geology in the world, but the country needs the capital investments to unlock that value. To do that, we have to give companies security of tenure and provide them with a regulatory environment that is attractive, otherwise they invest in Botswana or Namibia, or some other jurisdiction that is more attractive and less risky. Investment follows the path of least resistance and unfortunately South Africa continues adding resistance at every single level,” concludes Smart.