Late last year London and Toronto listed Mkango Resources announced that HyProMag and partners, European Metal Recycling (EMR) and University of Birmingham (UoB) have successfully completed the Rare-Earth Extraction from Audio Products (REAP) project. This is a significant announcement in the Rare Earth industry, where up to now, recycling in the circular economy has not been a major discussion point. 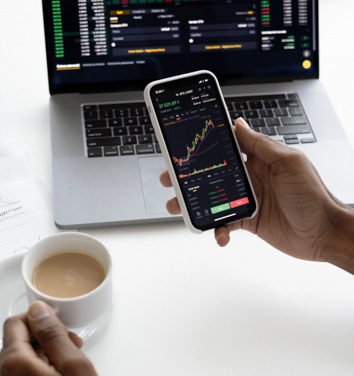 Mkango’s subsidiary, Maginito, holds a 25% equity interest in HyProMag, with an option to increase its interest to 49%.

Maginito has the first right to supply primary production, if required for blending with recycled production from HyProMag, as well as product offtake and marketing rights.

Rare earth magnets play a key role in clean energy technologies including electric vehicles and wind turbine generators, but they are also a key component in electronic devices including mobile phones, hard disk drives and loudspeakers.

The short loop recycling processes which are being scaled up by HyProMag will have a significant environmental benefit, requiring 88% less energy compared to conventional production of magnets from primary sources.

According to William Dawes, CEO of Mkango, this demonstrates another potential source of both feedstock and route to market for recycled rare earth magnets.

“Recycling is a key component of Mkango’s “Mine, Refine, Recycle” strategy via its strategic interest in HyProMag, and will become an increasingly important part of the rare earth supply chain in the UK, Europe and elsewhere.

“HyProMag is well positioned to unlock that supply chain with access to the technology, expertise and network of partnerships to make it happen,” says Dawes.

According to Nick Mann, Operations General Manager of HyProMag, REAP advances the novel techniques required to recycle rare earth magnets from audio products, which account for about 20% of the NdFeB market each year.

“HyProMag is very pleased to have successfully completed this ground-breaking project, which has identified a useful and accessible source of end-of-life magnets that can be collected, extracted and remanufactured on a commercially viable basis.  As demand and therefore price of NdFeB magnets continues to rise, the need to capture waste material for recycling becomes imperative for economic as well as environmental reasons,” says Mann.

Fundamental to the REAP Project is the patented HPMS process for extracting and demagnetising neodymium iron boron (NdFeB) alloy powders from magnets embedded in scrap and redundant equipment, originally developed within the Magnetic Materials Group at the UoB and subsequently licenced to HyProMag.

The other project partner, EMR, recycles metal at 150 locations around the world, and is the largest automotive recycling company in the UK.

EMR pre-processed automotive and flat screen TV loudspeaker scrap to provide a feed of scrap components containing NdFeB magnets to HyProMag. HyProMag used the HPMS process in conjunction with the UoB to extract the magnets as a demagnetised alloy powder, which was then used in the remanufacture of magnets.

The aim of REAP was to build on previous knowledge of recycling of NdFeB magnets from hard disk drives, using HPMS, and to investigate a new scrap stream from loudspeakers, specifically from end-of-life vehicles (ELV) and flat screen TVs (FSTS).

EMR performed a comprehensive assessment of both ELV and FSTS scrap, encompassing extraction, characterisation of components, degree of pre-processing and potential for automation.

Meanwhile, HyProMag and UoB provided analysis of the extracted magnets, with a particular focus on determining the overall recyclability and market potential of the ELV and FSTS sectors, both as a viable feedstock of NdFeB and also as a potential route-to-market.

With the increase in electric vehicles and general rare earth usage, it is fair to assume that the potential for capturing NdFeB from the ELV sector will increase significantly with time.

The FSTS sector showed significant promise for recycling, with approximately 85% of the products containing NdFeB. REAP confirmed the quantity of scrap available from the FSTS market, the commercial viability, the suitability of material for HPMS and the properties of the magnets in this sector and provides a strong platform to initiate access to the wider loudspeaker market in the future.

While some variation does exist within both the ELV and FSTS sectors, the average magnet grade remains reasonably consistent. Following extraction, the magnets were taken through the HPMS process, and the resultant liberated powder was analysed to confirm the feasibility of the FSTS sector as feedstock.

The liberated powder was chemically characterised, purified, and re-sintered into a new magnet with minor additions of virgin rare-earth hydride material. The re-sintered magnets have comparable magnetic properties to the initial starting magnet. This promising result highlights that the HPMS process can be used to create a new feedstock for recycled magnet making which is currently lost to landfill.

This integrated Mine, Refine, Recycle strategy differentiates Mkango from its peers, uniquely positioning the company in the rare earths sector.
Mkango is developing Songwe Hill in Malawi with a Feasibility Study targeted for completion in Q1 2022. Malawi is known as ‘The Warm Heart of Africa’, a stable democracy with existing road, rail and power infrastructure, and new infrastructure developments underway.

In parallel, Mkango recently announced that Mkango and Grupa Azoty Pulawy, Poland’s leading chemical company and the second largest manufacturer of nitrogen and compound fertilisers in the European Union, have agreed to work together towards development of a rare earth Separation Plant at Pulawy in Poland. The Separation Plant will process the purified mixed rare earth carbonate produced at Songwe.

Maginito holds a 25% interest in UK rare earth (NdFeB) magnet recycler, HyProMag with an option to increase its interest to 49%.

Mkango also has an extensive exploration portfolio in Malawi, including the Mchinji rutile discovery, for which assay results are pending, in addition to the Thambani uranium-tantalum-niobium-zircon project and Chimimbe nickel-cobalt project.