The Minerals Council South Africa has voiced its support of the first of three reports handed to President Cyril Ramaphosa on Tuesday, 5 January 2022, by Chairman of the Commission of Inquiry into State Capture, Raymond Zondo. The report has made ten clear recommendations to root out corruption in public and private sectors. However, “Urgent implementation is key,” cautions Roger Baxter, CEO of the Minerals Council. 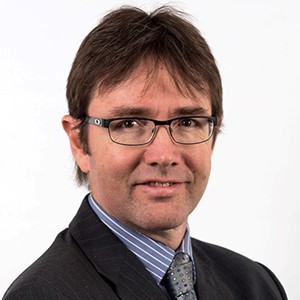 The Minerals Council has highlighted that its members, like the rest of the country’s citizens and businesses, have suffered the consequences of years of corruption within the State and its entities, most notably Eskom, the monopoly electricity provider, and the rail and port operator, Transnet.

The Minerals Council cites the fact that bulk commodity exporters have experienced an opportunity cost of at least R30-billion because of the inability of Transnet to provide a contracted service to deliver iron ore, coal, chrome, and manganese to ports. The reasons given by Transnet include crime on its rail network, which speaks to ineffectual policing by the State on a strategic national asset, and the difficulties to procure spares for locomotives bought in a multi-billion-rand programme cancerous with corruption. The report from the Commission touched on the locomotive procurement project and clearly found irregularities, the consequences of which the mining industry and other exporters and importers are now struggling with daily.

Billions of rands worth of production in the mining industry has been lost since 2008 when the inability of Eskom to provide consistent, competitively priced electricity was in clear evidence. The Commission’s report details the level of malfeasance at the entity.

The Minerals Council makes it clear that corruption is one of the key factors preventing vital local and foreign investment that is needed to grow the economy and to stimulate job creation. Of particular frustration for the Minerals Council is the lack of accountability and consequence management of years of wilful neglect, corruption, and mismanagement for personal gain of the players involved in these acts because of deliberate inaction by the organs of state intended to uphold the rule of law.

Baxter said, “We trust the recommendations made in this report, and the others which will soon follow, will result in speedy and appropriate legal and prosecutorial actions taken against those political leaders, government ministers, CEOs and the leadership of state-owned entities, and officials in government departments who caused such egregious damage to the country, its people and its economy through their corrupt activities.”

The State spends R800-billion a year on procurement of goods and services, making it a ripe target for fraud and corruption. Tighter, smarter controls and mechanisms must be established to ensure this does not happen again to the extent it has in South Africa, says the Minerals Council.  Evidence presented at the Commission showed a link between the corrupt granting of tenders and political party financing.

The Minerals Council has stated its unreserved backing of the establishment the Charter, which the Commission recommended be endorsed by all sectors of society as the first step towards restoring broken trust in the State through the incorporation of a standardised Code of Conduct adopted by all layers of government and its entities, political parties, business organisations, listed companies, organised labour and others.

The recommendation further advocates that the Charter be given legal status and effect by an Act of Parliament, with all people and companies tendering or contracted to supply the Government with goods and services signing an agreement to uphold the Charter and its Codes of Conduct.

This suggested agency would be free of political interference and appointments and does not rely on ministerial budget allocations or government oversight, which according to the Minerals Council, is a bold – and overdue – step to address fraud and corruption within the government and private sector.

Proposed funding for this agency would come from a parliamentary allocation, as well as a levy imposed on all public tenders to cover the cost of the work of units engaged in inspections, litigation, court and appeals.

The Commission has recommended the protection of whistle blowers, and the introduction of legislation to introduce deferred prosecution agreements along the lines of those in the UK and US to deal with corrupt companies in an efficient way that does not stretch an overtaxed prosecutorial service. Companies that fully cooperate with authorities by self-reporting criminal activities can either pay a fine or are subject to remedial action to defer or avoid prosecution subject to agreement from the Tribunal of the anti-corruption agency.  However, people who engaged in those criminal activities would still be investigated and prosecuted.

“This is a critical and welcome step to address corruption in the private sector, which has flourished in step-time with fraud and corruption within the Government,” says Baxter.

In conclusion, the Minerals Council does not support the centralisation of government procurement, but rather suggests that procurement must be governed by clear rules and with strict accountability and consequence management, but without delay in the procurement of critically required spares in the rail, port, and electricity sectors.