Safe and efficient blasting has taken a momentous step forward with Omnia Group company BME’s launch of AXXIS Titanium, one of the world’s most advanced electronic blast detonation systems. 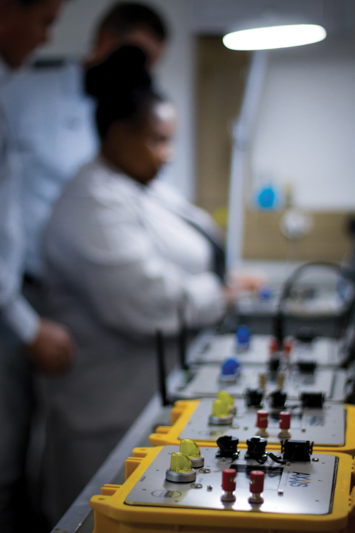 The company’s managing director of the SADC region Ralf Hennecke said, “Our release of AXXIS Titanium raises the bar globally for the electronic detonator market. This flagship product reflects our continued focus on digital advancement on mines and is designed to seamlessly integrate with BME’s software systems and hand-held digital tools.”

The product improves safety levels and manufacturing quality through enhanced communication with the detonator during manufacturing to avoid defects. Performance is raised through the increased blast duration per detonator, more units per blasting box and precise firing accuracy.

“Most importantly, the AXXIS Titanium system was built for the blaster and blast engineers who work with the product every day,” he said. “The robustness of the wire, the easy-to-use interface and the improved integration will improve efficiency in terms of time, data and reporting.”

According to Tinus Brits, the company’s global product manager for the product, “This latest iteration builds on the achievements of the AXXIS GII model”. Adding more value, the new product refines safety, accuracy, flexibility, ease of use and speed in preparing each blast.

“A unique innovation is our use of dual capacitors and dual voltage, allowing us to conduct low voltage logging to avoid any chance of detonation,” he said. Blasts are initiated by a robust, encrypted blast command ensuring that detonators all receive their respective commands and fire as planned. He emphasised that the detonator will only react if it receives the correct, encrypted firing sequence from the blasting equipment, not from any other source.

“We have developed AXXIS Titanium to be resistant to electro-magnetic pulses (EMPs) caused by the blast, which can affect the accuracy of detonators or even cause them to fail,” he said. “Our intensive tests in conjunction with the Council for Scientific and Industrial Research (CSIR) showed that our detonators can withstand a significant EMP without any impact on their timing.”

He noted that underground blasting – within confined spaces – made detonators particularly susceptible to re-setting and misfiring due to voltages from EMP, as well as from dynamic pressures. Over-moulding of all components on the electronic board protects the detonators against dynamic pressures, and isolates components from any induced ground currents – such as electrostatic discharge and lightning strikes.

The ASIC chip offers more memory and processing speed, facilitating easier timing and centralised programming if the timing needs to be changed after being conducted on the bench. It also achieves lower power consumption with the incorporation of dual capacitors – so more detonators can be initiated per blast. The system can now manage 1 000 detonators per blasting box, doubling the capability of the previous generation.

Brits also noted that up to 20 blasting boxes can be linked and synchronised through hard wiring, enabling the possibility of initiating up to 20 000 electronic detonators in a single blast – doubling the capacity of the AXXIS GII generation.

“AXXIS has been proven in some of the largest mining blasts on record, giving mines the opportunity to conduct fewer blasts – thereby reducing downtime due to pit closures,” he said. “The ultra-low energy micro-chip is also less susceptible to leakage and cable resistance and extends the firing time to a maximum of 35 seconds.”

With the ease of use and on-bench logging of AXXIS Titanium, Hennie du Preez, manager AXXIS Support for the company, highlighted the one-step logging and testing of detonators, as well as the simple fault-finding and quick corrections on the blast pattern.

“Everything is built into the logger, which can now do the programming, scanning and testing,” said du Preez. “The market appreciates the speed at which you can now fire a blast; after the detonators have been programmed, you can start up the controller from the view site and blast within two minutes.”

The speed of the ASIC chip on the system’s board cuts the programming time by half, he noted.

The accuracy of the detonation delays has been further fine-tuned, reaching a 0,02% firing accuracy for consistent and quality blasting resulting in better rock fragmentation and consistency. He highlighted the positive impact this has on the efficiency of key mine measurables like loading rates and crusher throughput, which in turn reduces carbon footprint in pursuit of sustainability targets.

Accurate blast design and initiation also allows mines to ensure they are operating within regulatory limits regarding vibration control.

“Commands from the operator are written into the detonator’s non-volatile memory, so that it cannot be over-written or deleted,” he said. “This is very useful for post-blast analysis if required, even the blast command is recorded by the memory chip.”

He highlights the value of technological integration of AXXIS with the company’s other innovative solutions such as its BLASTMAP blast planning software, XPLOLOG platform and cloud-based storage for post-blast analysis. The system also integrates with third-party blasting software.

He pointed out, “This aims at giving customers better control of the entire blasting process, as well as customised reports and data solutions to optimise efficiency and cost.”

The commercialisation of AXXIS Titanium follows extensive laboratory and field testing in South Africa, leading to the recent award of an Inspection Authority certificate by the Department of Mineral Resources and Energy. Uptake of AXXIS Titanium has started in the southern African market, and the system will soon be rolled out to the rest of Africa.

Further afield, Australia is also a target for this upgrade, especially due to the complexity of their coal seams and methods – such as through-seam blasting, said du Preez.

“With multiple seams requiring the loading of detonators to prevent contamination of coal with waste, longer firing delays are an important benefit,” he said.

The system is already certified in Australia, Asia Pacific and the United States, and the necessary regulatory processes are underway to certify AXXIS Titanium in Canada and the rest of the company’s global territories.

Providing the necessary training for customers to use the new system remains an important part of the company’s contribution, according to Tom Dermody, technical services manager at BME Australia-Asia. Dermody noted that the training has evolved over the years as mines have become more familiar with electronic detonation technology, and more recently as the Covid-19 pandemic has restricted access to mine sites.

“We now split the training between virtual sessions online and practical sessions on the bench,” he said. “Mines’ blasting teams can now do most of the introductory training online, which we then augment with a more hands-on training element on-site which focuses on practicalities.”

For customers in smaller mining operations, quarries, construction and demolition, there is also a slimmed-down version of this system in the form of AXXIS Silver – for applications that do not require such large blast capability. Du Preez emphasised, however, that AXXIS Silver has the same microchip, safety features and ease of use as AXXIS Titanium. The slimmed down version is due to complete the required testing protocols to achieve the necessary certification.

“This aims at giving customers better control of the entire blasting process.” 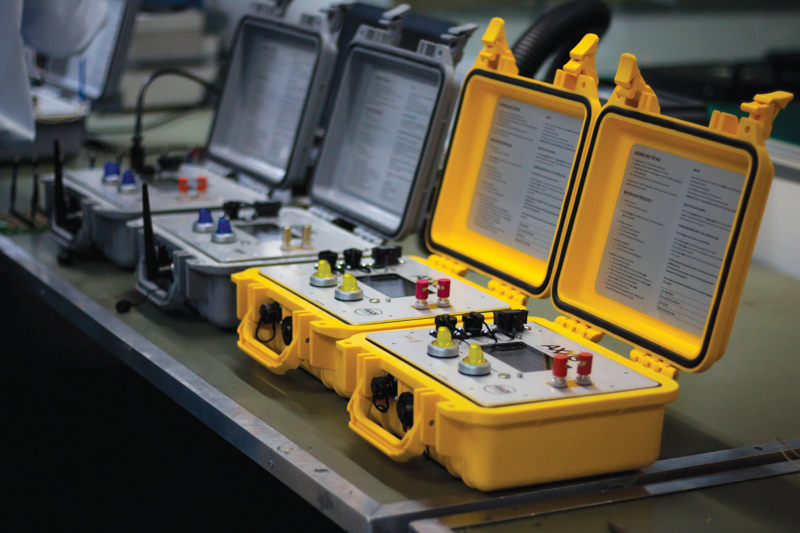 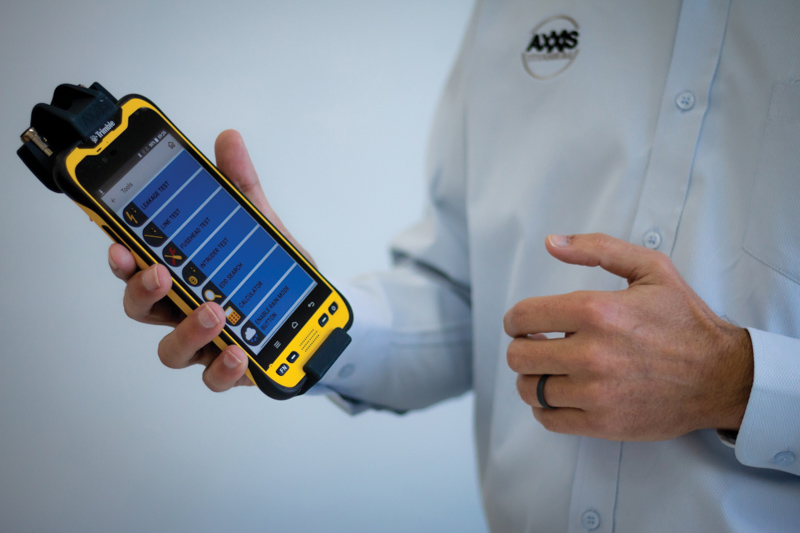 The AXXIS Titanium system was built for the blaster and blast engineers who work with the product every day. Image credit: Omnia – BME 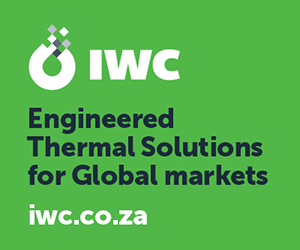 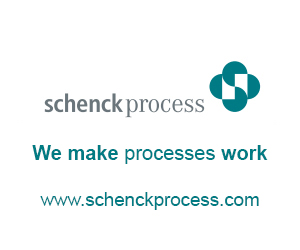 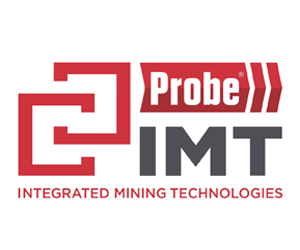