Dr Nicolaas C Steenkamp, independent geologist and consultant, shares some of the trends in geological exploration, now and into the future.

The last two years have brought about a notable revolution in the commodities demand and supply, which in turn has had a profound impact on the way geological exploration and production is approached.

The global lockdowns resulted in two major commodity crunches in 2020 and 2021, where the demand for raw minerals could not be met by the supply due to operational challenges, such as prolonged periods of either production shutdown or operating at reduced capacity. This was further compounded by the restriction of movement of ore from mine sites, via rail or road to ports, long delays in ports for both export and imports.

The processing and production were further hampered by government caps or production limitations being imposed, followed by an energy shortage in the major producing countries, notably China and India in 2021. The most severe impact was on the electronics market, culminating in the global chip shortage of 2021, and spilling over into 2022.

It is expected that more focus will continue to move towards the energy minerals, including the battery minerals. The supply of copper remains a pressing issue, with 2021 being marked by shortages from the main producing countries – Peru, Chile, and Zambia – to a large extent due to political changes and community protests. Copper, tin, and silica remain the most important commodity for all modern electronic equipment. It is expected that more attention will be given to deposits outside of the traditional main supply countries, to meet the demand and lower supply shortfall risks.

The move by China in 2021 to limit the export of Rare Earth Elements (REE), resulted in one of the fastest booms in REE project exploration, feasibility studies, fast-tracking projects to operational status and the construction of plants in the United States, Canada, and Australia to secure domestic supply of these critical elements. There was also a massive uptick in the amount of research and development of more effect production of REE magnets and increased ability to metallurgically separate the element for recovery during recycling. African REE projects have not been lagging behind, with South African, Zimbabwean, Malawian and Burundi projects gathering a lot of attention.

The renewable energy market has also sparked new life into the catalyst elements and hydrogen sectors. The main commodities that are expected to benefit range from lithium to vanadium and cobalt in the battery and energy storage sector, to the platinum group elements, mainly platinum and palladium as catalysts. This is also linked to the increased use of hydrogen cell in heavy mining vehicles, specifically underground vehicles with the aim to reduce emissions. A new entrant into the market is exploring and development of helium deposits.

Coal is expected to have another year of highs and lows. Coal remains the most effective and affordable way of generating electricity. The cost of coal-fired power plants is less than that of low carbon options and in light of the steady rise in natural gas prices. The energy crunch of late 2021 and early 2021 showed the reliance on coal burning power plants to keep the economies of the world turning. Although there has been a lot of pressure to close collieries, only some closures occurred in the US.

There has been an increase of imports of coal from Australia to supply the Chinese market and coal mining operations are set to continue for at least more than a decade in all developing countries. The demand for thermal coal in the cement and steel industry is also set to increase by 6% in the coming year, or more as large construction projects are launched by countries to stimulate their post-lockdown economies.

Most international banking and other financial institutions are not financing coal projects anymore and the announcement by China that it will no longer support, or finance foreign coal projects was a blow to several new projects. It is however expected that if the energy crunch persists, the attitude towards coal projects will soften in the coming year. Forecasts have indicated the demand for coal to increase to new highs in 2022 before a demand plateau might be reached.

The restrictions of movement also led to a leap forward in technology adoption that is utilised by geologists, geotechnical engineers, and related fields. The introduction of more advanced remote sensing equipment, that limit the need to travel, but provide sufficient information coupled with Artificial Intelligence or Deep Learning platforms has been a game changer for the industry. The work from home approach allowed time for the geology community to develop AI platforms and create and refine the increasingly large database of training data.

The introduction of AI to the mine planning and scheduling aspect of operation is also showing increasing positive results of optimising recovery, extending the potential life-of-mine and viability of marginal deposits or operations near their planned end-of-life phase. A range of new satellites and satellite constellations, both optical and synthetic aperture, is due to be launched in the coming year, increasing both the frequency of coverage globally and increasing the resolution of these platforms. This will increase the ability to perform remote evaluation of sites and mineralisation potential, especially using hyperspectral imaging.

The rise in the popularity of crypto currencies also led to interesting alternative uses. Blockchain based crypto currencies are used to trade physical commodities, with gold coins being one of the more popular. Virtual coins have also been created as a means of generating a crowd sourced funded mining project, where the virtual coin can eventually be traded or exchanged for the gold ore bars produced by the project. 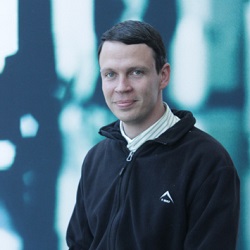 Dr Nicolaas C Steenkamp is an independent consultant, specialising in geological, geotechnical and geometallurgical projects and mining project management. He has over two decades of industry experience with global exposure. ncs.contract@gmail.com

“African REE projects have not been lagging behind, with South African, Zimbabwean, Malawian and Burundi projects gathering a lot of attention.”