Sibanye-Stillwater has confirmed that on 11 June 2022, it signed a three-year wage agreement for its SA gold operations, effective from 1 July 2021.  The lockout has therefore been lifted for members of trade unions, the Association of Mineworkers and Construction Union (AMCU) and the National Union of Mine Workers (NUM).

The signed wage agreement is in line with management’s attempts to achieve an inflation related increase. This agreement has resulted in an average 6.3% increase over a three-year period.

Among other clauses, the critical terms of the final wage agreement are as follows:

In addition to category 4-8 employees, the once-off hardship allowance of R3,000 proposed by the CCMA will also be extended to Miners, Artisans, and Officials. The hardship allowance will consist of a guaranteed R1,200 cash payment with the balance of up to R1,800 allocated to the reduction of employee debt or loans owing to the company, that the company incurred in ensuring that amongst other medical aid contributions and risk benefits were covered during the lockout.

The final agreement will also be extended to all members of UASA and Solidarity.

The operational start-up post the strike will occur in a phased manner over a 2-3 month period to ensure the safe resumption of production.

Group CEO Neal Froneman commented, “We look forward to restarting our South African gold operations for the benefit of all stakeholders. We thank the CCMA for the mediation role which resulted in a fair outcome to all stakeholders.  We are pleased to have achieved an agreement which is in line with inflation, and which will contribute significantly to the sustainability of our gold operations.” 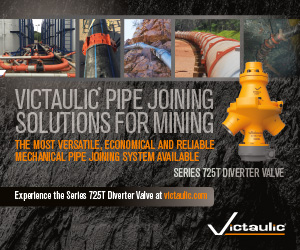