Mines are fast becoming modern digital enterprises of the future.  The advancement of the digitalisation field has accelerated at a rapid pace to keep up with the demands of the mining sector as it responds to factors such as commodity prices, declining ore grade quality, rising labour costs, the pressure of new markets, depleting reserves in some commodities, and the fact that mines are often located in extreme environments in remote locations.1

Digitalisation is more than connecting to a network – it works on so many different levels and is transforming the mining industry.  Mines are leveraging the technology available to remain profitable and competitive.  This technology assists mines in making faster, more precise decisions and streamlines operations by optimising processes and maximising the value of an operation’s existing applications and utilisation of assets and equipment while safeguarding the workforce.2

Ultimately productivity, profitability, safety, and all-around efficiencies are improved using this technology and the Anglo American Platinum Mogalakwena North concentrator study is a case in point. Daling is part of the Operational Technologies cluster and asset simulation team at 4Sight that carried out this study.  The company leverages a portfolio of 4IR technologies, people and data-focused solutions to design, develop, deploy and grow turnkey digital transformation solutions for operations, which include information and operational technologies such as machine learning, big data, cloud and business intelligence solutions, digital twin and simulation, production scheduling, industrial internet of things and robotic process automation solutions. 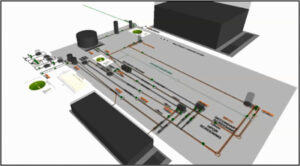 Daling explained their service offering in this particular case study in laymen’s terms, “We assist mines to make better, faster decisions using digital twin technology – simply put, what we do can be compared to a ‘strategy game’ in a digital world.” Basically, a digital twin is a virtual representation of an object or system – in this case, a mine – which spans its lifecycle, is updated with real-time data, and uses simulation and reasoning to assist in decision-making.3

The first step is to build the mine in a digital world, creating a simulation model or digital shadow.  Historically, simulation has been used in feasibility studies for mines to optimise and justify decision making.  He notes that simulations are moving in a direction in which they can now be used as a monthly planning tool too to gauge whether targets can be met.  Operational changes are evaluated in the simulation model to help reach targets and tested in the digital model before initiating in reality, saving time and money. 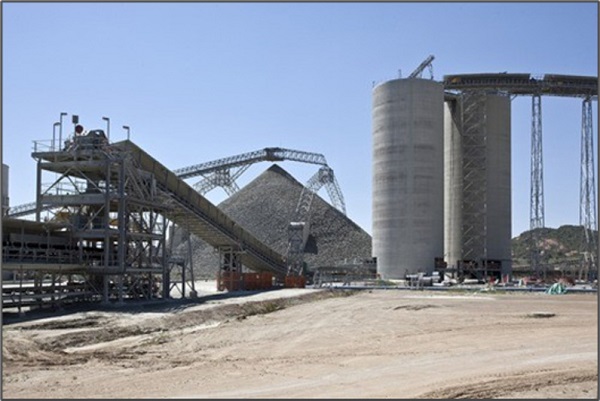 “This is where the process transfers into true digitalisation.  To run these models, one requires real-time data from different sources.  The greatest challenge lies in gathering the data and having the data on hand in time from the mine.  The mine supplies the data, and it is 4Sight’s task to build the model and populate it with data  .” 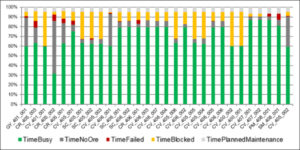 He expands on this, noting that the digital twin is handed over to the mine.  The mine would then keep data updated and run the monthly reports independently, but sometimes companies such as 4Sight will offer the complete end-to-end service monthly to mines.

In this particular case, Anglo American Platinum had requested a dynamic simulation of the Mogalakwena North Concentrator to review plant design changes required for proposed upgrades.  The upgrades under investigation were an Asset Review Improvement Project (ARIP), a Low CAPEX and a Debottlenecking Project (DBP).

“The primary objective of the study was to analyse the production capability of the Mogalakwena North Concentrator for each operational scenario by identifying and alleviating bottlenecks,” says Daling.  He notes, “The lower CAPEX option would produce just 8% less and cost approximately USD100-million less than the initial design to construct a new comminution circuit in front of the current operation (Debottlenecking Project).” 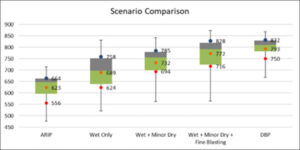 The model also enabled the customer to experiment with multiple improvement options until the key objectives were addressed.  The image below displays the throughput comparisons for the different scenarios.

Critical recommendations were made to assist the customer in their decision-making regarding the upgrade option to implement.  The simulation model indicated that the debottlenecking project would deliver the highest throughput, but at the highest capital investment.  The most feasible solution in terms of throughput and capital investment was to implement the Low CAPEX option, with just one silo added and a few equipment capacity improvements.  This option only sacrificed 8% on plant throughput and resulted in a multimillion dollar saving.  “The operation is currently still running at rates and achieving the throughput we predicted at the time the study was done.  We still run studies for the operation on the simulation to aid in making operational decisions.”

What of cost and benefits?

“What is most useful is that this is a ‘co-creation’ – a creation process between supplier and the end-user,” says Daling.  What he means is that in building the model of the mine, the process becomes almost like a journey of discovery for the mine too – data inaccuracies are picked up, bottlenecks are discovered, and focus is placed on processes critical to output that may not have been noticed before.  It is vital that these findings are pulled through to the decisions made going forward to translate to operational efficiencies for the mine.

Daling explains that the cost of doing a dynamic simulation, where one can see changes as data parametres are entered into the model, is significantly more when compared to the traditional method of static calculations, which is relatively easy.  It can take up to four times longer to build the model, however, the benefits lie in the realism and accuracy achieved with a simulation and savings are made over time.

“Our typical Return on Investment is tenfold within three months.”

He says, “If one does not simulate a high CAPEX project, the risk lies in the potential overestimating of throughput when using static calculations.  The realism achieved in dynamic (through time) simulating assists the mine in making the right decision.  It is, however, a more involved process, which can take from three to six months to build, depending on the scope of the project.  If the model is built on an existing operation, time must be factored in to calibrate the model to match the actual operation’s system.

“The advantages of accuracy far outweigh the cost and the time it takes to build a simulation.  Our typical Return on Investment is tenfold within three months.  The simulation makes particular financial sense in larger projects where there is big capital outlay.”

“Simulations are usually used for feasibility studies, but there are many simulation options out there ranging from the very basic Monte Carlo simulations, which are quick and easy, to the more complex fully dynamic and fully stochastic simulations (considering variation).”

Although it is more costly and more time consuming to build, the use of Digital Twinning ultimately leads to faster, more accurate decision making and greater efficiencies for the mine.  “When an operation is making decisions that are going to involve huge outlay, they want to make the right decision, and the savings lie in efficiencies over time.  The advantage is that once the twin is constructed, one can throw almost any decision at it and predictions of impact on operations are possible within a day, allowing for immeasurable benefits.”

Daling points out that the supplier has a responsibility to impart all the benefits of the system to the operation, so that the end user understands the capabilities of the system to get the ‘best bang for buck’.  What is critical is that the model requires constant data updates to keep it representative of the mine and useful over time.

From Hindsight to 4Sight with a Digital Twin. Image credit: https://www.smart-energy.com/policy-regulation/digital-twins-maturity-continuum-david-socha/

Daling notes that simulation technology is moving to a future which includes AI technologies such as machine learning and automation.  “So, you’d be able to let the machine learning algorithm loose and run scenarios to predict which set of parameters get you to the optimal profit margin.  Machine learning will basically take the model climate itself and change the parameters around equipment and cycles and see what gives you the best profit.  There is no way a human would be able to manage so many different equations and all of those changes in parameters.” 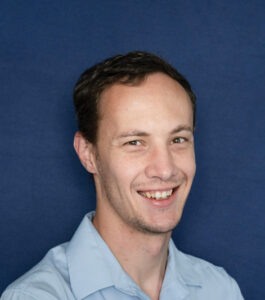 The complexity of what the system can do is increasing and work is constantly being done to make model runtimes as short as possible and constantly improving the accuracy of the output of models.

Daling mentions that the uptake in Africa is slower than that of overseas as one of the biggest challenges on the continent lies in the capturing of data across the different disciplines at an operational level.  “Data maturity and reliability can be a challenge in this space due to the lack of infrastructure and expertise available at remote sites.  It is difficult to get the right resource in remote areas, and staff retention can also be a challenge where the skill set is scarce.” n 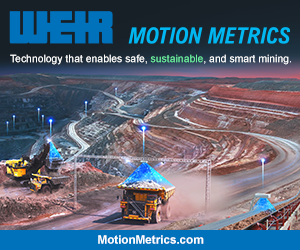 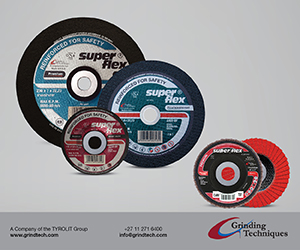 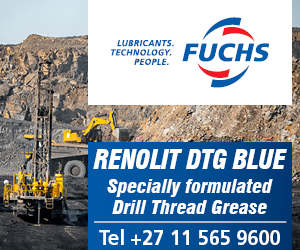