Rajant Corporation, the pioneer of Kinetic Mesh® wireless networks, reported the successful deployment of its fourth-generation BreadCrumb® Peregrine, which provides a 4-6x increase in overall throughput capacity, enabling a host of new applications. The Peregrine deployments, the first in South Africa with Anglo American, support applications for mine production systems, including proximity detection, fatigue management, and tele-remote drilling. 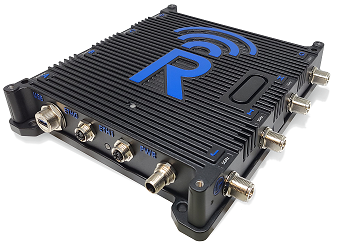 The Anglo American opencast mine confirmed a considerable increase in capacity of the Rajant Peregrine within its pit network enabling them to become more innovative by introducing technologies in areas of its operation where it was previously impossible. Image credit: Rajant Corporation

“Rajant has always been the leader in industrial wireless mesh networking,” states Reyno Eksteen, BU Head, SCAN RF Projects. “With the substantial increase in performance of the new generation Peregrine BreadCrumbs, our customers now can support applications that require more bandwidth. Because all Rajant BreadCrumb models are fully backward compatible, it makes migrating to the latest higher-capacity radio nodes much easier while still redeploying the existing BreadCrumbs to other parts of the network to get the most out of the customer’s investment.”

After successful implementation, the Anglo American opencast mine confirmed a considerable increase in capacity of the Rajant Peregrine within its pit network, enabling them to become more innovative by introducing technologies in areas of its operation where it was previously impossible. This allows the mine to scale the overall network with the operation’s demands quickly, bringing much higher bandwidth closer within areas of its pit production environment. The new Peregrine BreadCrumb provides impressive performance with the same robust hardware which can withstand the harsh conditions of an open-pit mine.

The Peregrine is the company’s fourth generation Kinetic Mesh BreadCrumb, which supports a maximum combined data rate of 2.3Gbps and up to 6X enhanced throughput performance over existing Rajant BreadCrumbs. It offers multiple MIMO radio interfaces, high throughput, and enhanced security performance with up to 256-QAM and 80MHz channels.